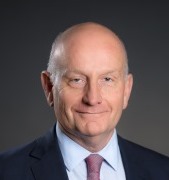 Lewis Patrick is Chief Academic Officer and Deputy CEO of the College. He has been a Lecturer at the College of Law since 1996, and a solicitor in private practice since 1978. Along with several other positions he was the Australasian Liaison Officer for the Organising Committee of the IBA Conference in 2017. 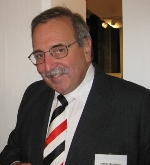 The Hon. Robert Benjamin AM

Justice Benjamin was a Judge of the Family Court of Australia from August 2005 to May 2021; based in the Hobart Registry of that Court. He was also a Presidential Member of the Australian Administrative Appeals Tribunal and is currently undertaking a commission of inquiry in Tasmania.

In 2015 Robert Benjamin was awarded an honorary Master’s degree from the College of Law and was made an Honorary Fellow of the College of Law. He was made a Member of the Order of Australia for significant service to the judicial and to the law, legal education, mediation, arbitration and to professional standards.

Former Justice Benjamin has a deep interest in legal education. He is involved in legal training through the University of Tasmania and the Tasmanian legal practice course. At one time he chaired the Education Committee of the Family Court and was for many years a member of the organising committee for the Judges Orientation Course operated under the auspices of the National Judicial College.

Prior to appointment, to the family court of Australia Benjamin was in private practice. for thirty years, almost exclusively in family law. In 2003, Robert Benjamin was President of the Law Society New South Wales and had chaired its Family Law Committee for many years. 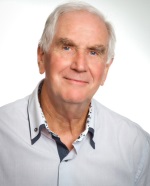 Professor Meyenn is one of Australia’s foremost university educators, having held such positions as Dean, of the Faculty of Education at Charles Sturt University, President of the Australian Association for Research in Education and Provost CSU-Ontario. He also served on a number of federal and state education advisory boards. 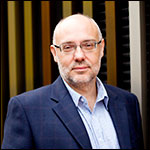 Professor Grantham is Professor of Commercial Law and Director of Teaching and Learning at the TC Beirne School of Law, The University of Queensland. He is the author of a number of monographs and casebooks, numerous journal articles, and has edited four collections of scholarly essays.

Professor Grantham is also a member of the editorial boards of The Company Lawyer and the Journal of Corporate Law Studies and is the Australian editor of the Journal of Business Law. 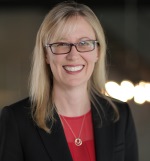 BA LLB (Macq); Solicitor of the Supreme Court of NSW

Jodie Masson is the managing partner of an independent specialist commercial property law firm. Her experience includes acquisitions, sales, leasing, agency law, project documentation and general property law advice. Jodie was made a fellow member of the Australian Property Institute as part of the API’s Property Leaders’ Program in 2011. She was selected by her peers for inclusion in Best Lawyers® in Australia in the practice area of Real Property Law from 2014 to 2018 and has been listed in Doyle’s Guide as a recommended property lawyer from 2016 to 2018. 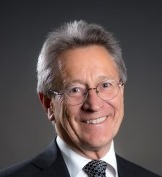 CEO & Principal, The College of Law 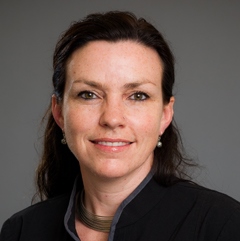 Deborah Battisson is an Assistant Director (PLT) at The College of Law in Canberra. Having graduated with honours in law and economics at the Australian National University (ANU), Deborah established herself as a lawyer with King & Wood Mallesons (KWM). Following an interim year as a Research Fellow (International Law) at the ANU, Deborah moved within KWM to a legal education design role. Deborah’s international experience began in Amsterdam with a global role in the Clifford Chance Academy where she reshaped and expanded the Academy’s global business skills training and coaching curricula for both legal and support staff. After returning to Australia, Deborah set up a learning and development consulting business. Deborah’s passion for teaching and mentoring lead her to join the College of Law in 2012. She recently completed a Master of Education (Macquarie University), specialising in Leading Teaching and Learning.

Adrian Deans is a legal practitioner with over 20 years experience in College management and academic governance. He is a former member of the NSW Dept of Education & Training Accreditation Panel, a former AUQA Auditor, and has been a member of the TEQSA Panel of Experts.
General Information