This on-demand material was recorded in August 2020

Build your confidence in family law through our on-demand two hour recent developments and update program.

At the end of this on-demand course, you will earn 2 CPD points. Please consult the CPD rules for your state to ascertain how many CPD points you can claim for private study of audio/visual material during the CPD year.

Paul has had a wealth of experience both within the Family Law Jurisdiction where he now practices exclusively (at trial and appellate level) and previously where he practiced widely in other areas such as crime, common law, equity, commercial, workers’ compensation and conveyancing, as a Solicitor from 1983 in both Sole Practice and as a Family Law Partner in a large suburban firm. Paul was called to the Bar in 1993.

Paul has for many years been a regular presenter of papers at various seminars and a co-author of the College of Law’ Advocacy syllabus within the Masters of Law course. Paul spent almost twenty years at the Parramatta Bar before joining Waratah Chambers several years ago. Paul was appointed Senior Counsel in 2015. 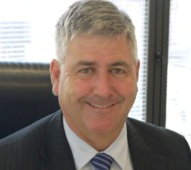 Glenn is acknowledged in Australia as one of the pre-eminent practitioners of Family Law and contributors to its development. He was admitted as a solicitor of the Supreme Court of NSW and the High Court of Australia in 1985. Glenn is an Accredited Family Law Specialist and Fellow of the International Academy of Matrimonial Lawyers. Glenn specialises in all aspects of Family Law including complex property and child related disputes, and has acted for many international clients in various countries in relation to Australian Family Law matters.

On 12 June 2017 Glenn was awarded the Medal of the Order of Australia (OAM) for his services to Family Law and the Community.