This on-demand material was recorded in October 2021. You can purchase and access this content at any time.

Are you an Australian legal practitioner currently handling or considering taking on matters in the AAT’s Migration and Refugee Division?

Now that the Migration Amendment (Regulation of Migration Agents) Act 2020 has been fully implemented, all Australian legal practitioners can represent clients with cases before the AAT’s Migration and Refugee Division (AAT MRD) without being registered as a migration agent.

In light of this significant development, The College of Law and leading Immigration Law Accredited Specialist Peter Papadopoulos have teamed up to provide you with ‘Running migration matters at the AAT’.

Peter co-present’s this course with two guest speakers from the AAT:

At the end of this on-demand, you will be able to:

People who attended the live session with Peter and the AAT members had this to say:

Practitioners holding WA practising certificates are not eligible to earn CPD points for this course.


Peter Papadopoulos is an Accredited Specialist in Immigration Law who has been annually voted by his peers as one of Australia's best immigration and civil rights lawyers and has been included on the annual Best Lawyers list for Australia. He is an expert in immigration and citizenship law matters with extensive professional experience in advising clients with their visa applications as well as handling merits and judicial review matters. He is regularly consulted by fellow practitioners and their clients to guide them in solving complex cases.

Peter was admitted to practice in 1996 after graduating with Honours in Law and Commerce at The University of Melbourne and completing his articles of clerkship at Arnold Bloch Leibler. Between 1997 and 2000, he worked as a solicitor at King Wood Mallesons and a Senior Associate at Gadens Lawyers. Between 2000 and May 2014, Peter ran his own specialist migration law practice in both Melbourne and Sydney. From May 2014 until December 2015, Peter was a Director of Global Immigration at Ernst & Young. Between January 2015 and October 2018, Peter was a Director of Nomos Pty Ltd, a business specialising in the provision of immigration law advice, advisory services and educational programmes. Prior to the end of the dual regulation of migration lawyers which took effect in March 2021, Peter had been registered as a migration agent since 1997. 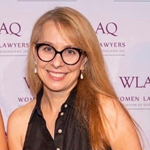 Dr. Cullen is a Nationally Accredited Mediator, and a registered Family Dispute Resolution Practitioner.  She has law degrees from the State University of New York at Buffalo and from the Queensland University of Technology (QUT), and was admitted as a Barrister in Queensland in 2000. Dr. Cullen is an Adjunct Professor of Law at Griffith Law School, where she teaches evidence law. She was the recipient of the 2019 Women Lawyers’ Association of Queensland Leneen Forde AC Woman Lawyer of the Year award.


Cathrine was appointed as a full-time member to the Administrative Appeals Tribunal in December 2017.

Prior to her appointment, she worked in private practice as a Registered Migration Agent for 15 years in Australia and the UK and was a director of a law firm specialising in immigration law.  Additionally, Cathrine was a long-serving volunteer of 12 years at Casey Cardinia Legal Service, providing migration advice with a focus on assisting CALD women on temporary visas experiencing family violence.

Cathrine is a graduate of the ANU, completing an LLM (Migration), and was awarded the Fragomen Prize for attaining the highest academic results in her graduating year. She is a published author on migration matters, and over the years, has been a regular contributor to the government led migration issues, providing written submissions and verbal evidence.

Cathrine is also a film producer with her most recent released short-film, 'The last time I saw you,' a story about a young Hazara refugee and her difficulties fitting in socially, currently on the international film circuit, which has taken out numerous awards internationally and at home in Australia, including being runner up at Tropfest.

If you hold a Western Australian practising certificate, please refer to the course description above as to whether you are eligible to earn CPD points for this activity.