This on-demand material was recorded on 11 March 2021. You can purchase and access this content at any time.

Are you an Australian lawyer interested in practising immigration law?

Now that the Migration Amendment (Regulation of Migration Agents) Act 2020 has been fully implemented, since 22 March 2021 all Australian legal practitioners are able to provide immigration advice to clients without having to be registered as a migration agent.

The College of Law and leading Immigration Law Accredited Specialist, Peter Papadopoulos have teamed up to provide you with ‘Migration Practice Essentials’, a course program targeted towards migration lawyers and other legal practitioners seeking to diversify their practice. The course program comprises three parts/courses which can be purchased on a stand-alone basis or in any multiple combination:

At the end of the second part of the course program covering Visa Fundamentals, you will:

At the end of this on-demand course, you may claim 6 CPD points. Please consult the CPD rules for your State/Territory to ascertain how many CPD points you can claim for private study of audio/visual material during the CPD year.

Due to new reporting requirements introduced by the Legal Practice Board of Western Australia on 1 April 2021, practitioners holding WA practising certificates are not currently eligible to claim CPD points for this product. 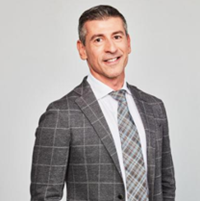 After graduating with Honours in Law and Commerce at The University of Melbourne and completing his articles of clerkship at Arnold Bloch Leibler, Peter was admitted to practice in 1996. He has worked at Mallesons Stephen Jaques (now King Wood Mallesons) and Gadens Lawyers. He has also worked as a Director of Global Immigration at Ernst & Young. Currently, Peter runs his own specialist migration law practice in both Sydney and Melbourne. He is the General Editor of the LexisNexis online and looseleaf Australian Immigration Law publication. Prior to the end of the dual regulation of migration lawyers which took effect in March 2021, Peter had been registered as a migration agent since 1997.

Peter is recognised by the Law Society of New South Wales as an Accredited Specialist in Immigration Law. Since 2011, Peter has been voted by his peers as one of Australia's best immigration and civil rights lawyers and has been included on the annual Best Lawyers International list for Australia. He is a member of the Law Council of Australia’s Federal Litigation and Dispute Resolution Section Executive and an active member of the Migration Law Committees of the Law Council of Australia and the Law Institute of Victoria. He is also a member of the Migration Advice Industry Advisory Group established by the Assistant Minister for Customs, Community Safety and Multicultural Affairs, the Hon Jason Wood MP. 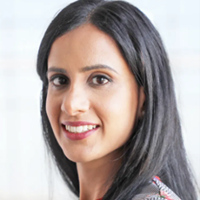 Navpreet has been practising immigration law since 2010 and has extensive experience in both corporate and private client matters. At Ajuria Lawyers, Navpreet manages an extensive corporate client base and the firm’s entertainment visas division.

She has also provided immigration services to disadvantaged people under the Government funded Immigration Advice and Application Assistance Scheme (IAAAS) and has represented clients before the Refugee Review Tribunal (now AAT). 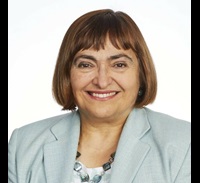 Roz is an expert in Immigration and Refugee Law. She has over 25 years of experience in these areas including working at the Department of Immigration and Ethnic Affairs (as it then was) and as a Full-time Member of the Refugee Review Tribunal in Sydney from 1993 to 1996. She is the co-author of Refugee Law in Australia published by Oxford University Press in May 2003, the first comprehensive Australian legal text on this subject. Roz is a contributor to the LexisNexis Australian Immigration Law looseleaf and on-line service. Roz has been recognised as one of Australia’s leading Immigration Lawyers and is currently listed in Best Lawyers (Australian Edition).

Roz handles a full range of immigration and refugee matters from the primary decision level to merits and judicial review which gives her an in-depth and practical understanding of the field. Prior to coming to the Bar, Roz worked as a solicitor at in the Litigation section at Mallesons Stephen Jaques (now King Wood Mallesons) and in the Employee Relations section at Freehills (now Herbert Smith Freehills).