Foundations in immigration law - on demand

This on-demand material was recorded in August 2020.

Are you an Australian solicitor interested in practising immigration law?

The Senate recently passed the Migration Amendment (Regulation of Migration Agents) Bill 2019. This means by March 2021, legal practitioners will be able to provide immigration advice to clients without having to be registered as a migration agent.

In light of this exciting development and the existing demand for quality immigration law CPD targeted towards early-career legal practitioners, The College of Law and leading Immigration Law Accredited Specialist, Peter Papadopoulos have teamed up to provide you with ‘Foundations in Immigration Law’.

At the end of this on-demand course, you will learn the fundamentals that are essential when moving into immigration law practice. Such as:

Attendees from past intakes:

This on-demand course satisfies all mandatory CPD categories and you may claim 6 CPD units. Please consult the CPD rules for your state to ascertain how many CPD points you can claim for private study of audio/visual material during the CPD year. 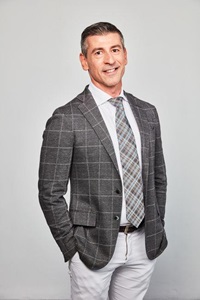 After graduating with Honours in Law and Commerce at The University of Melbourne and completing his articles of clerkship at Arnold Bloch Leibler, Peter was admitted to practice in 1996. He has worked at Mallesons Stephen Jaques (now King Wood Mallesons) and Gadens Lawyers. He has also worked as a Director of Global Immigration at Ernst & Young. Currently, Peter is the Chair of The College of Law’s Migration Agents Capstone Assessment Advisory Committee and runs his own specialist migration law practice in both Sydney and Melbourne. He has also been a registered migration agent since 1997.

Peter is recognised by the Law Society of New South Wales as an Accredited Specialist in Immigration Law. Since 2011, Peter has been voted by his peers as one of Australia's best immigration and civil rights lawyers and has been included on the annual Best Lawyers International list for Australia. He is also an active member of the Migration Law Committees of the Law Council of Australia and the Law Institute of Victoria.

Since 1999, Peter has been actively involved in continuing legal education through his preparation and presentation of CPD programs for the Council of Australasian Tribunals, Law Council of Australia, Australian Institute of Administrative Law, The College of Law, Law Institute of Victoria, Law Society of Western Australia, Migration Practice Essentials and Lexis Nexis. Since 2008, he has been a contributing author for the LexisNexis online and looseleaf Australian Immigration Law publication.

Prior to her appointment she worked in private practice as Registered Migration Agent for 15 years in Australia and the UK and was director of a law firm specialising in immigration law.

Cathrine is a graduate of the ANU, completing a LLM (Migration) and was awarded the Fragomen Prize for attaining the highest academic results in her graduating year. She is a published author on migration matters and over the years has been a regular contributor to government led migration issues, providing written submissions and verbal evidence.